The New Oil for Northern Nigeria

Nigeria, being the giant of Africa is not just blessed with an outburst population that almost hit 200 Million people, rather it holds a large reserve of natural and human resources. According to OPEC Nigeria, these resources ranges from natural gas, tin, iron ore, coal, limestone, niobium, lead, zinc, arable land and even human intellect. Even with all these resources, it is rather surprising that the Nigerian economy stands on the foundation of just one of these resources, CRUDE OIL. Now the world is gradually drifting away from fossil fuel because of the environmental challenges posed by it that causes climate change and is related consequences to the earth. For Instance, countries like, Iceland, Paraguay and Albania derive all their electricity from renewable energy resources, making them countries with 100% renewables . Norway utilizes hydroelectric power which accounts for about 97% of all its electricity usage. United states, Canada, France, Germany, Paraguay, Denmark just to name a few are leading into the march of complete energy from renewables in few decades to come. The question is HOW and WHEN will Nigeria take its decision to follow suit?

Fortunately, Nigeria is blessed with a large amount of Solar energy which ranges from 2KW/m2-6.5KW/m2 that spans from the southern to the Northern part of Nigeria. This solar energy can be used in the form of Concentrated solar power (CSP) for electricity through Solar Power plants, enhancing Agricultural produce, creating a self-sustaining irrigation system, re-inventing the manufacturing sector through metal smelting, promoting energy-efficient Pyrolysis and Gasification processes as well as creating a hybridized technology for the transportation sector. 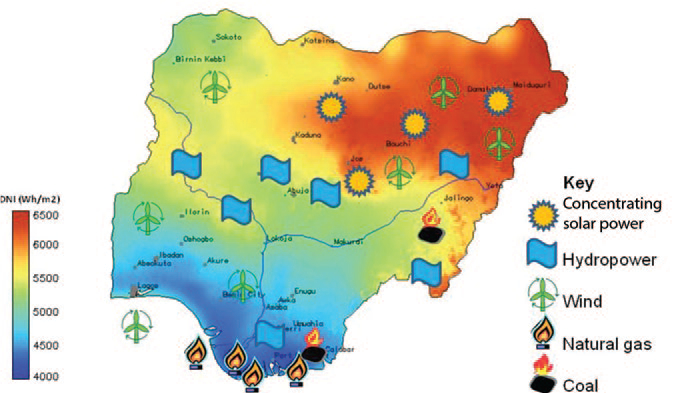 All these has the potentials of creating jobs in the country and setting the pace for economic development. 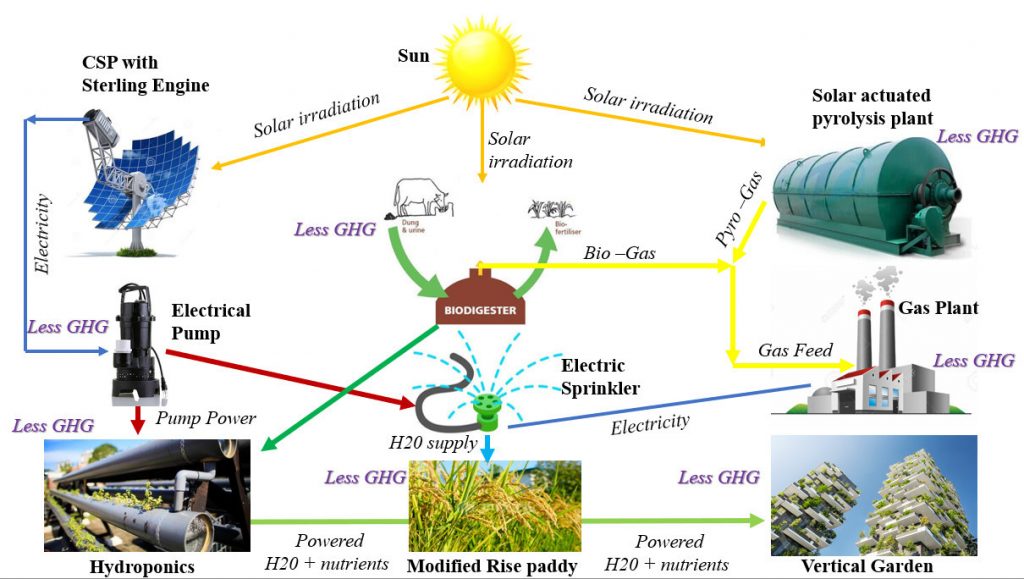 The Nigerian’s economy must be diversified and as such other alternatives and resources the country has must be fully utilized. The Northern Nigeria has a better opportunity in utilizing the CSP technology due to its enormous opportunities. With this being said, the over dependency on fossil fuel (Oil and Natural Gas) can be lessened. This move towards Nigeria taking its place in renewables must be driven by all stakeholders. The government should play its vital role in mapping out the best policies and aids for private and public investors. The Tertiary Institutions should improve on the Research in CSP technologies and provides the best optimal methods of achieving higher efficiencies while the youths can promote the knowledge across the country and Africa like the Student Energy in Port Harcourt through projects, seminars, summits and conferences. With careful examination and implementation, the Northern Nigeria and other parts of the country can harness its Solar energy and create the ‘new oil’ for National development and hence take its place in the new dimension of the Energy revolution across the Globe.