What is the future of Renewable Natural Gas in the energy system in BC? Meredith Adler interviews Doug Slater, VP External and Indigenous Relations at Fortis BC

As part of the 2021 Leaders Fellowship, Student Energy is bringing professionals working across the energy sector to speak to key questions about their field sourced from young people. The following is an excerpt of an interview with Doug Slater, Vice President of External and Indigenous Relations at Fortis BC, facilitated by Student Energy’s Executive Director, Meredith Adler.

The interview has been edited for length and clarity.

MA: How do you see the role of natural gas as an energy source changing over time for BC’s energy system, and in Canada/globally?

Doug Slater: Because RNG is a carbon neutral energy that is made from organic waste, it provides us with a great opportunity to transition away from fossil-based fuels over to renewable natural gas and eventually hydrogen, and that’s sort of the transition we see.

Under [our 30BY30 target], we’re in the short term, we’re looking to achieve 15% renewable content by 2030. And then over the long term, we really envision a future where the majority of the energy we deliver is renewable – I would say more than 70% at this time. I think that as we progress into the future and technology continues to develop, we’ll see more and more renewable content. As part of that, we’re also developing hydrogen as a fuel. There are different ways to incorporate hydrogen into the gas energy delivery system and we see that as being a big potential for the future in terms of transitioning the energy we deliver to our customers over time.

To give an analogy, the transition we’re undertaking is similar to what’s gone in the electricity generation industry in that when coal-fired generation became a problem for the electricity industry, they didn’t replace their infrastructure, ‘cut the wires’, so to speak. What they did was find ways to generate electricity with lower carbon intensity using things like renewable wind power, solar, hydroelectric and other forms of energy. That’s the same way we see our infrastructure in the future – it’s not about replacing the pipes, but changing what flows through them.

MA: Can you tell us a little bit more about the 30BY30 target, where it came from, and how you’re aiming to achieve those goals?

Doug Slater: 30BY30 came about when we were working on our sustainability framework. We were talking about the idea of setting a near term emissions target, and later through our strategic sessions, the idea of 30BY30 was initiated in line with the emissions reductions initiatives that we were already pursuing. It was the confluence of the idea that “what gets measured gets done”, and also finding a simple way of communicating our strategy  both internally and externally so that we can align employees around that.

Our long term strategy is called our Clean Growth Pathway to 2050 and that outlines our longer term route to a lower carbon future, and 30BY30 is our interim target under that and that is to reduce our customers’ greenhouse gas emissions by 30% by 2030.

Organizations are really focused on Scope 1 emissions, their own emissions. What we’re focused on goes beyond that, we’re trying to reduce our customers’ emissions as well as our own, so it’s ambitious from that perspective.

30BY30 is based on several different tools from renewable gases to energy efficiency and conservation to zero and low emissions transportation and global LNG pillars. That’s based on using both our gas and electric systems together to reach our emission goals and those of the province both in 2030 and out to 2050.

MA: What are you seeing as the role of fossil based natural gas? Do we actually think we can replace everything that natural gas does right now, or are there use cases where we need to keep it in the system longer than 2050?

Doug Slater: Over time we know that we can replace large quantities of the conventional natural gas that goes into the pipe with renewable gas and hydrogen, but I think we are looking at a future where there are some hard-to-decarbonize sectors like marine fuelling for example – it takes a lot of energy to push a ship across the ocean and back. I think natural gas has a really important role to play in decarbonizing those sectors. I think that as we move forward and technology develops, we will become less and less reliant on natural gas, and those sectors that are hard to decarbonize may be the ones that remain on natural gas or renewable natural gas as we get out into the future.

Safety, affordability, and reliability have been the cornerstone of utility energy delivery for as long as utilities have been around. And the new challenge for utilities is to deliver all of those benefits while also taking meaningful climate action and reducing carbon emissions. Where reliability gets lost, you can see impacts like you’ve seen in California and Texas, so reliability as an example is a key component of energy delivery.

Energy policy shouldn’t be a binary choice, but rather one that finds the right energy fit for different needs. For example, in BC we live in a cold climate and we have a winter peak in terms of energy delivery. When it’s really cold outside, that’s when our gas and electric systems deliver the most energy to customers to heat their homes and businesses. One of the issues is peak energy delivery. In 2019 during the cold snap, the gas system delivered the equivalent of 18,000MW of electric generating capacity during the peak on a very cold day on January 14th. That 18,000MW of energy delivery is about 150% greater than what was delivered through BC Hydro’s system at the time, and 150% greater than their total peak hydro electric generating capacity. To make sure that British Columbians get the energy they need during periods of high demand, all of this energy would need to be replaced with new electric generation if all the buildings were heated solely with electricity for example. Because we have such a peak demand in our province, that generation would only be used during the very coldest times, and during the summer months (other than the cooling season, which doesn’t come nearly as close in terms of energy delivery), it would be really underutilized for the rest of the year.

MA: One concern that we hear from climate experts around RNG is that the source for it is waste methane, and there’s limited amounts of waste methane. How do you see pursing RNG without necessarily encouraging more unnecessary methane emissions just to produce RNG?

There are quite a few different forms of RNG, and many come from waste. We announced an agreement with Metro Vancouver at the Lulu Island Wastewater Treatment Facility so that’s where we’re taking the biogas from the sewer system, upgrading that gas to pipeline quality, and injecting it into the system. So there’s wastewater, there’s landfill gases which occurs from decomposition of materials from the landfill, and something that is already there. For the most part, landfills are starting to divert food waste out of the landfill, and that food waste is being put into digesters, which break down the organic matter and capture the waste methane that would occur naturally.

We also signed our first agreement with a wood waste biomass-based biomethane producer in Fruitvale, BC, and that’s an exciting project where they’ll take waste wood and make renewable natural gas as one of the products.

With all of these feedstocks, there’s an abundant supply of waste streams. We’ve identified enough supply now that over the next 3-4 years, we can see achieving 10% of our supply [with renewable natural gas]. There are many other opportunities, and as we continue to develop, we want to capture all those forms of waste and use them wisely rather than having them escape into the atmosphere.

MA: What is a piece of advice you have for young people getting started in the space, especially in these niche areas like renewable natural gas, who are trying to get their foot in the door?

Doug Slater: It’s becoming increasingly important to connect one’s values to their work, and this is especially true of younger generations, and to me as well. I would recommend young people to consider careers where they can be part of the change. For example, companies like Fortis BC, a gas utility, may not be an obvious choice, but companies like Fortis BC are actively working on a cleaner future and this change will occur over time. And there’s quite a bit of satisfaction and accomplishment that comes with working at a place that is making the world a better place.

My advice is really to think about your careers in the most open way possible, and be part of the change. 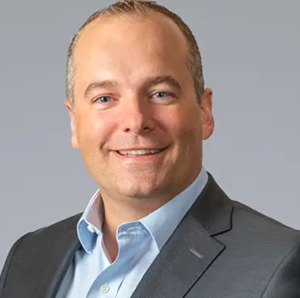 —
The Student Energy Leaders Fellowship was developed in part with the support of Fortis BC. In accordance with Student Energy’s Partnership Principles, partner organizations do not have any influence in the content or structure of our programming, but may be invited by Student Energy to speak with program participants if their work is relevant to particular modules of the Leaders Fellowship curriculum or if they can provide specific mentorship support as requested by program participants.